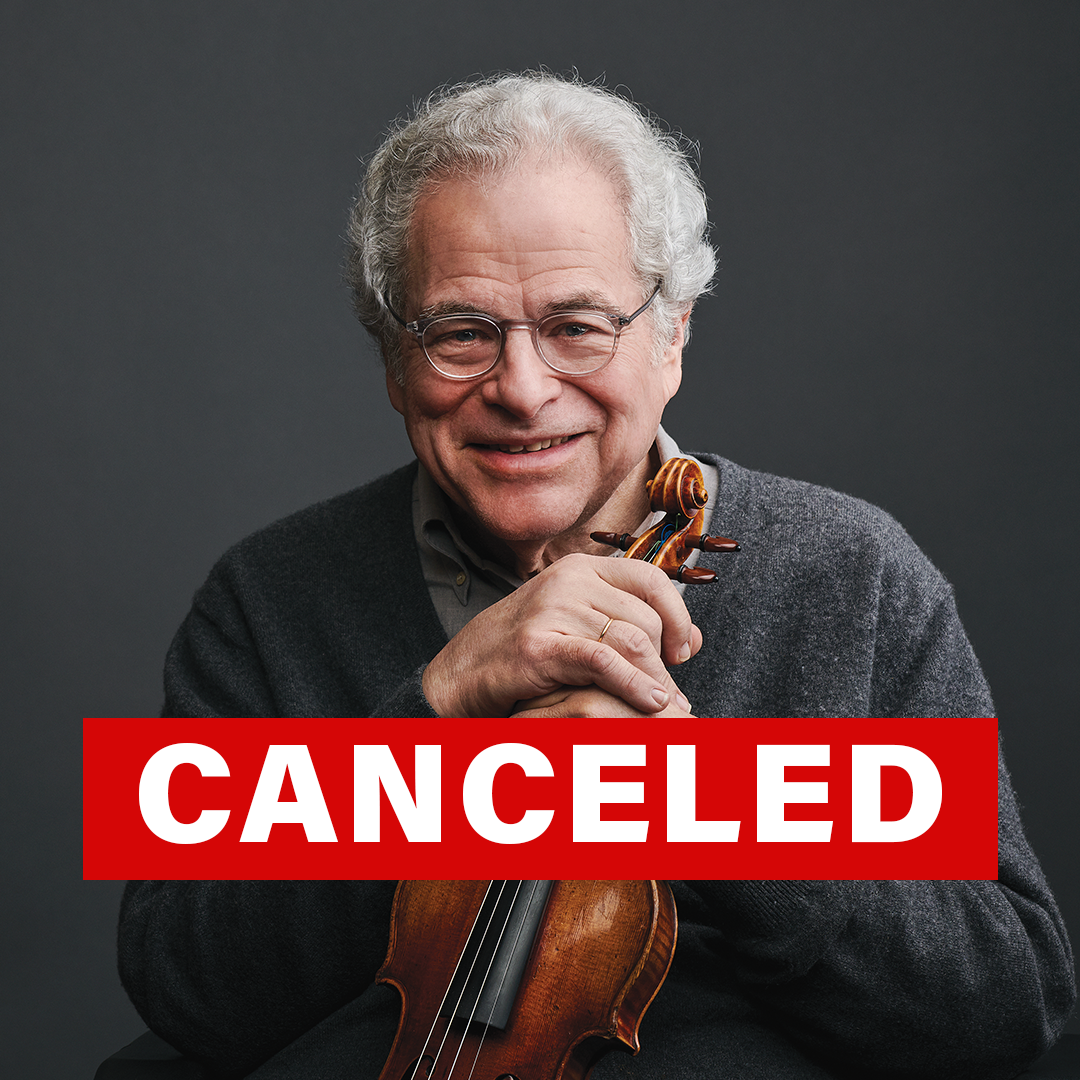 CANCELED: An Evening with Itzhak Perlman

THIS EVENT HAS BEEN CANCELED BY THE ARTIST

The Opening Nights Ticket Office will be contacting – ticket holders to provide refunds. To thank you, our loyal patrons, for your ongoing support to sustain the program and live performances, Opening Nights is offering $10 off each ticket for all performances in February and March. Please use the promo code: ThanksPatrons when you purchase your tickets online or when calling the ON Ticket Office at 850-644-7670.

Undeniably the reigning virtuoso of the violin, Itzhak Perlman is beloved for his charm and humanity as well as his talent. Propelled to national recognition through an appearance on the Ed Sullivan Show in 1958, Perlman went on to study at Juilliard. Having performed with every major orchestra and at venerable concert halls around the globe, Perlman has been honored by three U.S. Presidents for his contributions to the arts and advocating for individuals with special needs. His records have garnered 16 GRAMMY Awards. In 2008, Perlman was honored with a Grammy Lifetime Achievement Award for excellence in the recording arts. One of his proudest achievements is his collaboration on Steven Spielberg’s Academy Award-winning film Schindler’s List, in which he performed the violin solos. He can also be heard as the violin soloist on the soundtrack for the films Hero and Memoirs of a Geisha.

Fire in the Longleaf Forest | Roaming the Red Hills

Rob Diaz de Villegas - March 31, 2016
0
Every quail season at Elsoma Plantation, the Chapin family tests the truth of an old saying:  The spacing of a longleaf pine forest is known...