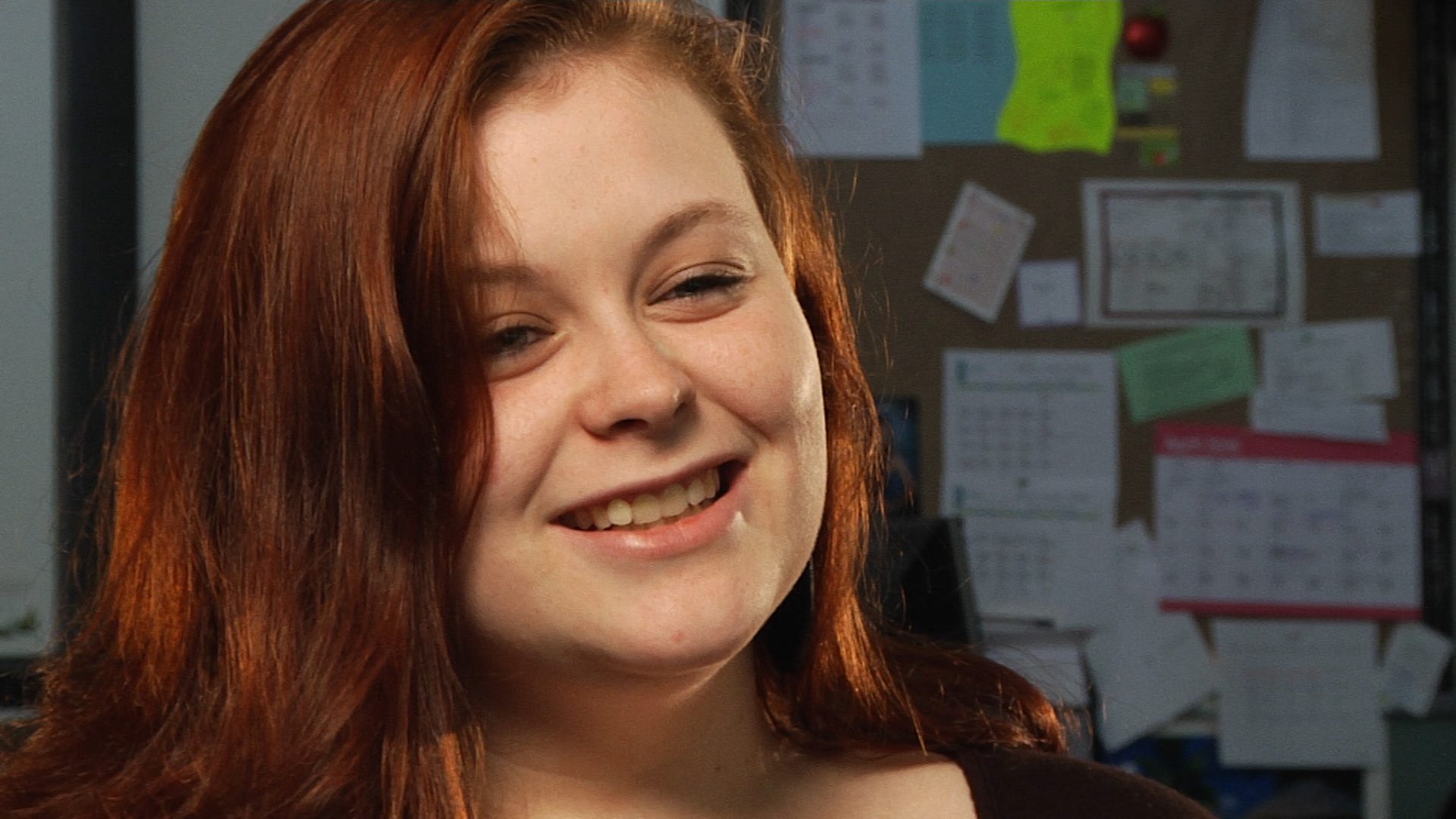 The Success Academy gives students who have fallen behind a chance to catch up on credit hours. The school requires uniforms, bans cell phones, and lets students work at their own pace. Sometimes students come in behind and end up graduating months, or even a year, early. As these seniors attest, teachers are persistent in making sure that students do their work and understand the material.  That’s a recurring theme in our interviews each year. Students have spoken of rough starts with teachers who pushed them, later to praise those same teachers for not giving up on them.  Previously, vice principal Julie Lawson has shared stories of visiting and calling student’s houses when they were absent. For many students, this is their last chance to get a diploma and all of the socio-economic advantages that come with it, and teachers do their best to keep them from slipping through the cracks.

There are many reasons that a student might decide to attend the Success Academy. Anthony Roe was arrested one too many times for fighting, and has had to work to curb aggressive impulses.  As Johnny Davis told us in an earlier video, he also had problems with fighting.  Many students simply lost interest in schoolwork, or didn’t take it as seriously as they could.  Both Kamari Davis and Talasia Kelley moved away from and back to Tallahassee, and there have been others in the past whose academics have been derailed by changing schools.

No matter what the reason, once high school graduation became attainable, the students realized that they had to make the most of the opportunity they had been given. They have career dreams, some more ambitious than others, but all with an eye towards learning and working towards their goals.  Many have received guidance and have planned ahead a little. A good number have chosen to attend Tallahassee Community College for a couple of years before transferring to Florida State University or another higher learning institution.

Many plan to attend Lively Technical Center.  Alyssa Hodges plans to do so to get her Licensed Practical Nurse (LPN) License, which will allow her to work at Tallahassee Memorial Hospital.  TMH would then pay for her to get her Registered Nurse (RN) license.

Lakeisha Williams graduated a few months early and is currently studying culinary arts at Lively, while Caleb Nowell is finishing his welding certification.  Like James Fuse, who we interviewed a couple of times earlier in the school year, Caleb spent part of his school day at Lively.

James graduated early and was at work when we conducted this round of interviews.

Kamari Davis has an eye on enrolling in another culinary vocational program, Le Cordon Bleu, which he will use as a stepping-stone to Disney Cooking School.  And, as in every year, a few students are exploring military service.

I did want to make one note about these students when they refer to their teachers. You might have heard Alyssa saying that teachers here “actually care about you.”

Other students go out of their way to say something along the lines of “unlike other schools.”  We don’t in any way want to diminish the hard work of teachers at conventional schools, or to present the Success Academy as the a superior option for all students.  The American Graduate initiative promotes the idea that there is no single path to graduation or careers.  These students benefitted from the existence of this school. Likewise, many students benefit from attending vocational programs rather than enroll in a four year university.

In our 2013 American Graduate Town Hall, we discussed high school Career Academies, programs that let students earn certifications they can take into the workplace upon graduation. On our American Graduate Day broadcasts, we’ve also explored after school programs and academic and career resources that provide further avenues for students to enrich themselves.

As always, we seek to expose our audiences to the many paths to graduation.

Rob Diaz de Villegas - October 26, 2017
0
When we were shooting the video for this song, we tried to capture as much of what gives this area its character as we...