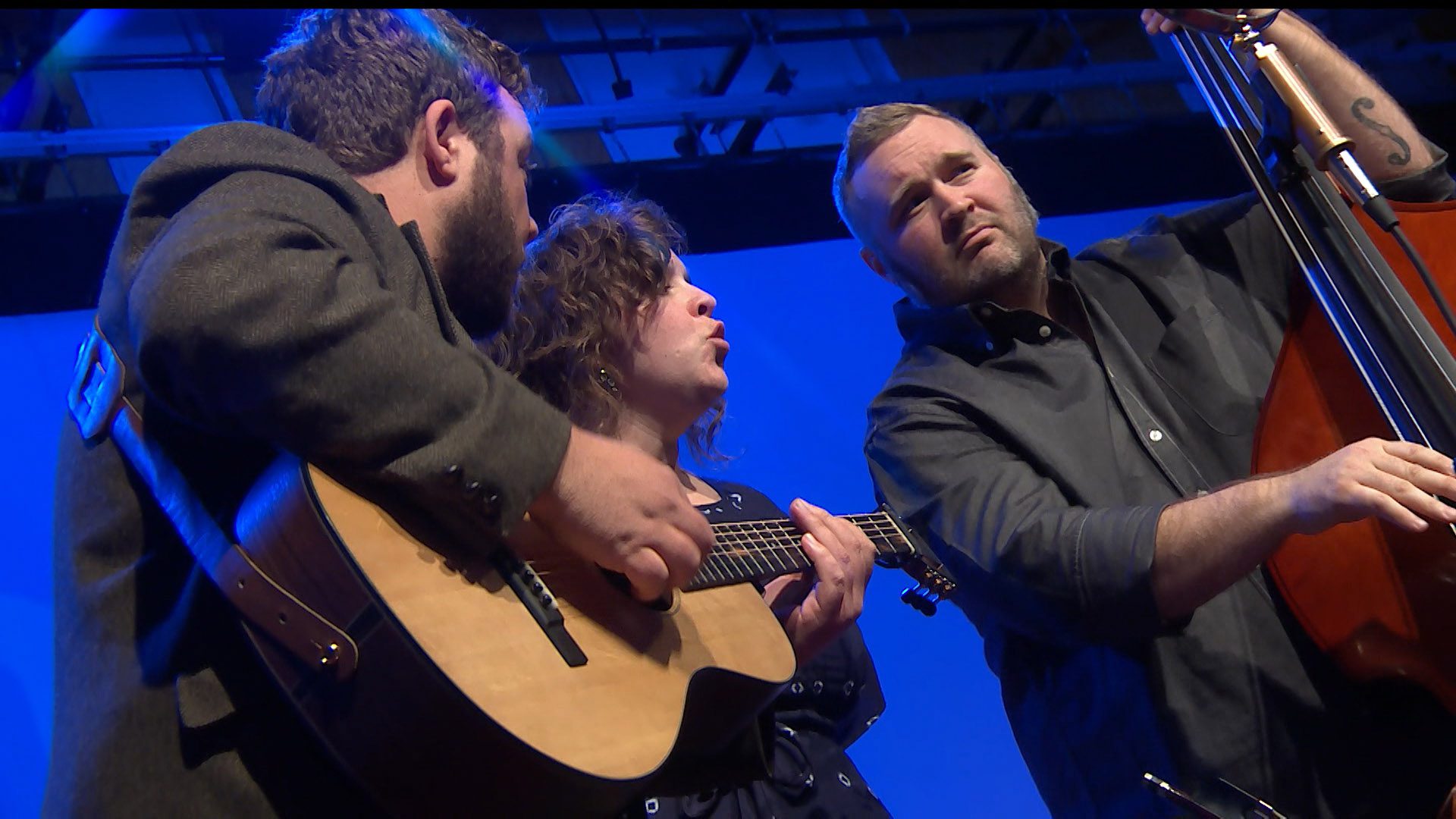 Heading into its first season, a major goal of Local Routes was to once again provide a home for local music on WFSU-TV. While we were originally only talking about a recurring performance segment, during the season local music permeated Local Routes, WFSU-TV, and WFSU-FM in a larger way than we had originally foreseen. Looking back, it was a fun first season for music, but I get the sense that we’re only beginning to tap into the ways in which we can showcase local musicians. Here are some of the highlights:

During the months over which we brainstormed and plotted the first season of Local Routes, I had seen Belle and the Band a few times around town. When it was decided that we should see if a local band would create a theme song for the show, I thought of their song Tallahassee Waltz (which they later performed on Local Routes). The song so beautifully captured what it is to live in our area, and it seemed to me like they would up to the task of composing a new theme that encapsulated what we’d be seeing on our show.

The result is a song that stands alone as an ode to north Florida and south Georgia, while serving as the perfect introduction to every half-hour of Local Routes.

Before the season started, I made it a goal to only use local music on my segments. I’m happy to say that I was able to do that thanks to the generous contributions of some talented folks. We started simply enough with previously existing music that worked well with certain topics or scenery. Haiqiong Deng played the Chinese zheng as we went in search of the Butterflies of the Red Hills. Well Worn Shoes lent their fiddle and guitar as we cruised down a foggy Merritt’s Mill Pond. As the season progressed, it got more interesting.

For one, we started running into musicians while on our adventures. The Seineyard String Band played at our Owl Creek campground on RiverTrek 2015, providing a soundtrack for Apalachicola River kayaking, camping, and cycling (not to mention four year old jumping and running around). Kayaking down the Ochlockonee River in Georgia, Gary Asbell serenaded us from the bank with his own song about the river.

Finally, we were lucky to have musicians approach us about composing original music for segments. Tracy Horenbein provided us with the excellent score to Roaming the Red Hills, our extended look at the bioregion encompassing Tallahassee, Monticello, and Thomasville (see below). One banjo phrase in particular evokes the Red Hills to me, and will likely resurface in future videos on that area.

Hot Tamale provided an original score for the last EcoAdvenure of the season, Bringing the Striped Newt Back to the Munson Sandhills. The acoustic, whistling tunes have the energy to keep up with the young people we see exploring the Apalachicola National Forest.

Every once in a while, it’s fun to bite off more than you can chew. WFSU had received an American Graduate grant through the Newman’s Own Foundation. We had $10,000 to spend however we liked, in an attempt to raise another $10,000 to fund content about high school graduation and career readiness as part of our ongoing American Graduate initiative. How about a concert? No, how about three concerts over two days?

Gradstock brought music fans right into our studio to watch nine bands perform. This gave us a heap of new music content, which aired as Local Routes performance segments, three half-hour shows, and, starting soon, a bunch of web exclusive clips featuring never before aired songs. Most of the bands donated their time, for which we cannot thank them enough.

This first set of concerts was a learning process; future concerts are a possibility.  Watch full episodes here.

WFSU-FM caught the local music bug this year as well, hosting a contest featuring local submissions of NPR’s Tiny Desk Concert. Over 4,000 votes were cast between eight choices, with Panama City’s Clay Dilmore winning and recording a concert in our Tiny Desk Studio.

We don’t do many opera recordings- Cinderella was our fourth in 15 years of FSU College of Music productions. They require more work than our average concert program. For one thing, we have to coordinate our camera movements and cuts to performers singing in a foreign language. But it can also be the most rewarding feeling when music and stagecraft combine with the ability to zoom in and out and show performers close up (the one thing you can’t really see while sitting in the audience).

Keep your eye on 4fsu (and your ear on 91.5 WFSQ-FM) for more from the FSU College of music.

The next season of Local Routes will doubtless provide us with many as of yet unknown possibilities for showcasing our local music scene. What we do know is that we’ll continue to bring bands into the studio to play a song or two for as many episodes as we can.

Our first episode started featured the New 76ers; they were quickly followed up by multitalented showman Dylan Ragpicker Allen. Haiqiong Deng and the Parsons/ Sobkowska Duo brought gave us international flare from the faculties of Tallahassee’s two universities.

Brian Bowen and the Krickets represented the WFSU viewing area from Port Saint Joe and to the west, and the band you hear on every episode of Local Routes, Belle and the Band, rounded things out before we started airing Gradstock performances.

I hope this season of music has been as fun for the viewing audience as it has been for us. Its last episode airs tomorrow, but we’ve already started working on season 2. If you want your band on our show, or want to see a certain act, let us know! If you want to hear your music as we plunge into our local wild areas (or on any other segments), let us know!

WFSU Public Media - November 5, 2020
0
As we continue our exploration of the human relationship to nature, we look a the goal of conservation. Also, we examine how Franklin...