The City of Tallahassee is working with Commissioner Dianne Williams-Cox and local historian Delaitre Hollinger to rename a roadway. The move comes after several statues, monuments, and confederate flags have been taken down across the United States in a response to anti-racist movements. Now, a portion of Gamble Street could be renamed for Robert and Trudie Perkins.

“Here in Tallahassee, we no longer want to honor individuals who were on the wrong side of history,” said Hollinger.

The person he says is on the wrong side of history is Robert Gamble, whose name is on Gamble street.

Hollinger says Gamble owned about 200 slaves that worked on his sugar plantation near Sarasota. Hollinger views the name change as, “an opportunity to honor individuals who were on the right side of history.”

Those people are Robert and Trudie Perkins. The couple worked to close racial gaps within Tallahassee. Their daughter, Jacqueline Perkins, resides in Tallahassee. She recalls what it was like growing up with civil rights activists for parents.

“When you’re young you don’t know exactly what’s going on but I knew that my parents or at least my father made sure that we understood that we were just as good as anybody else and that we should not stand for people to mistreat us,” said Perkins.

Trudie Perkins was one of the first Black nurses at Tallahassee Memorial Hospital. She was fired from her job when Jacqueline was in the 7th grade. Jacqueline Perkins says was teased because of it.

“I didn’t know that my mother was fired because she was standing up for what was right,” she said. “And as a Black nurse, and one of a handful of Black nurses at that hospital, when she and a couple of her colleagues uncovered that Black nurses were getting paid less than white nurses simply because they were Black.”

“My father started to compile data and he was able to show that the City of Tallahassee, even though they were recipients of federal dollars, they were discriminating against Black people,” said Perkins. “And the only place that Blacks were in government were if you were pushing a broom, or mop, or digging a ditch. There were no Blacks working in paraprofessionals, professional, administrative, skilled crafts, or certainly not officials.”

Hollinger says Trudie Perkins’s firing was based on her husband’s actions.

“They were fired because Robert Perkins Sr. assisted 25 hospital workers with filing complaints with the United States Department of Justice,” he said.

As a result, Perkins’ actions led the city to enter into an agreement with the federal courts to hire African-Americans at a ratio of 23.7%. That agreement stood for two decades.

That’s not all Robert Perkins did. Twenty years prior, in the 1950s, he pushed the city to build recreational facilities for Black people. Hollinger says the request wasn’t met until Perkins pressed the issue.

“He loaded two pickup trucks full of children from the Bond community and took them to play at a white park,” said Hollinger. “So within months the Jake Gaither Recreation Park for Negroes was constructed.”

The Perkins’s also owned an all-in-one convenience store, hair salon, and gas station all in one. The business played an essential role during the Tallahassee Bus Boycotts of 1956.

Jacqueline Perkins believes her parents should be honored by the city. She says the street renaming would allow them to be honored because much of their work was never valued while they were alive.

“During the time that my parents were working in the community to fight discrimination and injustice they didn’t get the nice titles like people have now, they’re called social justice advocates,” said Perkins. “My parents were never recognized they were ostracized and criticized.”

Perkins, Hollinger, and the City of Tallahassee are now working together to try and honor the work of Robert and Trudie Perkins. Robert Perkins died in 1994, while his wife Trudie lived to be 92, living until 2013. Hollinger sees it as a way to remove Robert Gamble and honor two Tallahasseans who worked to move the city in a positive direction.

To complete the renaming, they’ll need landowners on the portion of Gamble Street, between Ardelia Court and FAMU Way, as well as neighboring landowners to sign a petition. If 100% of them sign then the renaming will be approved. If it gets less than 100% but more than 75% of the needed signatures, then the Addressing Steering Committee, and Leon County Commissioners will have to approve the name change. 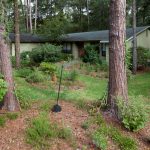 WFSU Public Media - December 12, 2017
0
When Local Routes returns with new episodes in January, we'll be featuring music from the Bakan-Margut-Hall World Trio.  At that time, you'll get to...

WFSU Public Media - April 7, 2016
0
We explore the waterways of South Georgia in part two of “Roaming the Red Hills”. We stay in the Apalachicola forest to try our...