Ken Burns’ recent PBS series on the history of country music was a profound experience for millions of viewers. One of those viewers was Billy Dean, the Quincy native who achieved country music stardom and has now returned to his North Florida roots.

Billy Dean was born in Quincy in 1962. He loved music and was playing out professionally while still in his teens.

“There’s such a diverse culture of people here,” he observed, “which also makes your exposure to music very diverse. And so growing up, there was the music I needed to play to make a living at the some of the bars around here: Rocky’s, Sid’s, the Horseshoe Lounge in Quincy, Spinnakers over in Panama City. All these places.”

One recurring theme in the Ken Burns PBS documentary was the extreme eclecticism of country music. The genre has always been a mash-up of influences from all over. Dean’s personal musical development followed the same path.

“There was a black church right across the street from where I grew up,” he recalled. I was hearing praise and worship music like you never heard from the outside of that church every Sunday. I was hearing Monty Bittner over in Quincy, Florida playing these classic country songs from this collection of music that he had. Just right up the road you had Lynyrd Skynyrd over in Jacksonville and the Allman Brothers and other guys who were getting into rhythm and blues and Motown music and blending that with southern gospel and a bit of rock to create southern rock.”

Dean’s talent and work ethic ultimately landed him in Nashville. Where he first tried to impress the record companies with his vast command of different musical styles.

“Which really made it difficult, because you get to Nashville and one of the first things they ask you is, ‘Who are you?’ he laughed. ‘What makes you different from everyone else?’ I would sing for people and they’d go, ‘Son, we already have a Merle Haggard,’ because I could sound just like Merle Haggard; I could sound like anybody because I was used to playing those bars and that’s what you’d do. You’d sing like them. But I really didn’t find out who I was until I picked up a pen and paper and started writing songs for my voice.”

Which, among many other tunes, led Dean to pen his signature 1991 hit “Somewhere in my Broken Heart,” which was actually recorded first by Randy Travis two years earlier. It is these kinds of deeply personal ballads, says Dean that reflect what he considers his truest musical expression.

“Kind of a singer/songwriter, fingerpicking style like James Taylor, Dan Fogelberg, the Eagles, some of those guys that influenced me, but I couldn’t talk about in Nashville,” he mused. Then there’s the matter of the music itself changing. As recently as a generation ago, Dean says the music industry figured that young people would listen to mostly to rock and hip-hop, gradually gravitating to country as adulthood set in.

“Getting a real job and into the real world, you generally matured into country music where you found stories written about real life and about the working man and you grew into country music. That was the succession and country music’s subject matter was skewed to identify with that working man, like what we saw Ken Burns talking about.”

“A little girl named Taylor Swift comes along while she’s in high school and sings and writes in a country music style about high school life,” he marveled.

And even though Swift has since gone full-blown mainstream pop, Dean insisted the demographic die was cast as the industry considered abandoning its traditional adult target market.

“Are they going to take part in the new revolutionary way music is distributed through phones and other devices that the older audience had no idea how to use?” Dean said, speculating on the discussions that he believes took place in the highest councils of the business. “And the whole industry – and this is only my opinion – saw if they didn’t make music for the younger generation, they wouldn’t make it. They had to make music for people who knew how to work a phone and social media.”

And don’t even get Dean started on all the “bro-country” hits, or “Old Town Road.”

“Oh, my gosh, can you believe that song?!?!” he exclaimed. “I was doing a gig the other day and my wife Stephanie suggested if I broke into that ‘Old Town Road’ it would bring the house down. And I told her nothing doing. I have nothing against it, but I’m just going to wait until it swings back around.”

But Dean isn’t waiting for the music to swing around. He’s back home in North Florida. And he’s got big hometown plans. In the next part of this saga, he talks about his own transition from hit-maker to historian.

No longer a denizen of the Nashville scene that made him a star, Billy Dean is back home. He bought a house on St. George Island. His mother, now in her 90s, lives in Tallahassee and he visits her regularly. But his musical focus has undergone a change.

“I just me with a couple of professors at Florida State University who have been instrumental in helping me with my research and I had a lot of material that I inherited. My family served, I lost two uncles in that war and my dad was a paratrooper and won four bronze stars. But it’s not just about my family. As I was digging in, I found that Gadsden County paid quite a price during World War II.”

He also found many stories that have never been told.

“And not only the white folks, but also the black folks,” he insisted. “I’ve been interviewing some of those guys. I’ve got Mr. Fisher, a 97-year old guy who wasn’t allowed to fight in World War II, but I interviewed him and come to find out that he lived about 5 streets from us and his job was to drive supplies into France for people like my dad, the paratroopers who had jumped in there.”

Dean said this multi-media project will certainly include plenty of his original music with a decidedly traditional feel in keeping with the time period.

“Some of the music that I’m writing now is taking me back to a more traditional country sound like I grew up with,” he observed. “Steel guitars, the story, three chords and the truth as the old cliché goes. But a lot of story about our county set in that time frame.”

And Dean insists the production will go beyond the music.

“I’m sitting down trying to write scripts for a documentary,” he said. “It’s the first time I’ve ever done something like this. And I’ll tell you what; It’s kind of nice not having to make something rhyme for a change!” he laughed.

Dean also remarked he has a self-imposed deadline to start rolling out the various segments.

“This is the 75th anniversary of the Battle of the Bulge,” he said. “And I’m going to put out, probably on YouTube, 5 episodes, one about Gadsden County and then about my dad’s brothers and then the people that I interviewed, are going to be in this piece, too.”

Yet even in the midst of this ambitious endeavor, Billy Dean insisted he’d also like to get back to his days as a local honky-tonk hero. So he’s reconnected with some of the players who were in one of Tallahassee’s most popular local country bands in the 1980s and 90s, Southern Satisfaction.

“Bobby Kennedy and Billy Blackman,” he smiled, ticking off the names of some of the group’s players. “That was the band that I would go and see when I was old enough because they were just the best! They could play a country or disco song just like the (version on the) radio. They were so good and they didn’t drink. They were straight and all-business. They were one of the first groups that I learned your job is to throw the party, not be the party.” 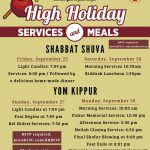 Join us for Yom Kippur – Break The Fast

The Parsons-Sobkowska Duo Perform in the WFSU Studio

Rob Diaz de Villegas - October 22, 2015
0
The Aucilla and Wacissa Rivers are home to archeological sites dating back as far as fourteen thousand years. Stone tools and the remains of...