Leon County commissioners have denied a request to spend money originally set aside for a new performing arts center in Tallahassee on other projects.

But those same dollars were awarded to TLH Arts in 2018 for a new performing arts center.

County commissioners voted (4-2) on Tuesday to send back the CRA’s recommendation in an effort to give TLH Arts more time to draft a new proposal.

“If we’ve got a fair process – the CRA sends back the same thing they sent us before with the one million and eight hundred thousand but the process was fair and everybody had a chance to rewrite and do all that good stuff – I’m all for it,” said Commissioner Nick Maddox, who voted in support of the measure. “But as it sits right now, somebody can say that they were unfairly treated.”

Maddox says commissioners are suggesting – not requiring – the city agency to give TLH more time to fairly compete for the funding.

The CRA’s most recent request included $800,000 for the LeMoyne Arts Foundation to open a new center and $1 million to support turning the Ashmore Building in the Frenchtown neighborhood into a museum. 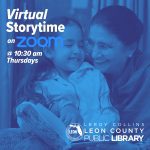 Go With The Flow for Art & Exercise

Rebecca Alvis - January 21, 2016
0
Finding an exercise that can also be entertaining can be quite a challenge, but a new studio in Tallahassee's Railroad Square is working to...

Hiking the Aucilla Sinks | Geology of the Floridan Aquifer

Rob Diaz de Villegas - February 18, 2021
0
North Floridians are drawn to the Aucilla Sinks because they’re unlike almost anything else in Florida, and a little mysterious. A trail...