With the area’s heat index hitting the triple digits, the struggle to stay cool is becoming a literal matter of life and death, especially for older residents. Elder Care Services of the Big Bend is trying to help by collecting donated electric fans for those whose home air conditioners may be stressed, or even nonexistent. Elder Care Services President and CEO Jocelyne Fliger said her agency is now trying to help even more of these seniors than before.

“We’re getting calls every day from seniors that could really benefit from having a fan. Elder Care Services serves Leon County historically, but we now have services in Wakulla and Gadsden counties, and we’re also seeing calls for assistance from those 2 counties as well.”

Fliger said, so long as those donated fans are capable of pushing air, they’re gratefully accepted.

“Bring them by our office at 2518 West Tennessee, or very easily look at our Amazon Shopping list.”

Forecasters expect the unusually hot weather to continue the rest of this week. Next week should see temperatures slightly cooler, but still in the 90s during the day. 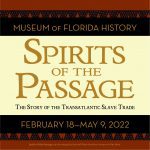