When we first came up with the name of the program we immediately started to do debate how we pronounce it. Some say root likes Route 66. Others say Route like stout. To find out which way is correct and why so many people say it different ways we spoke with Grant Barrett, host of NPR’s A Way with Words. Grant told us that “the problem is there are two major pronunciations of word in English and have been for centuries. In the American dialects we can say route and root and neither one is really wrong.”

Does it matter where one grew up?

Grant says, “The root is more common in the New England and northeast, Mid-Atlantic states like Maryland and Virginia. The “root” 34 or “root” 51 route pronunciation used to be more common in Illinois, Ohio and Pennsylvania. Now we see Montana, Minnesota, North Dakota, maybe Wyoming with little pockets of people more likely to say route (like stout). Neither one of these pronunciations are winning but they are changing a little bit as populations continue to go a little further west and as people tend to become even a little more literate than they used to be. It is really interesting stuff. And it emulates what we saw centuries ago that happened in England when the two pronunciations came about.”

Does it change depending how you use it, for example as a noun or a verb? Sometimes people say reroute or reroute (re-root)?

Grant: “It does a little bit. I don’t think there is anybody in America who would take anything other than Route 66 because of the well-known blues song, “Get your kicks on Route 66,” which has been performed by groups as diverse as Nat King Cole and Depeche Mode. Most people say route (like stout) if they’re talking about the noun. Most people say route (like root) if talking about the verb. Most is a really complicated word that could mean 51% or 75%. We’re talking majorities here. Generally, if you surveyed people, and this has been done, dialect surveys show that people do differentiate between two words. But most people are comfortable using either pronunciation, depending on circumstances. This is best part. We tend to adopt pronunciations from people we’re with. We sound like our neighbors or folks we buy our groceries from than people across the country.”

Is it okay to call the show Local Routes (like roots)?

Grant: “Yes. I love the fact it sound like roots. Because you get that double meaning.”

You can hear Grant Barrett and his co-host Martha Barnette talk about the origins of language by checking out their radio program A Way with Words. You can hear it Saturdays at 1 pm Eastern on 88.9 WFSU-FM.

How do Tupelo Trees and Crawfish Help Apalachicola Bay? 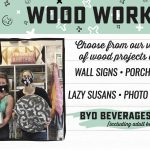 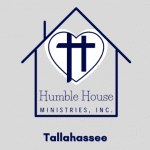 WFSU Public Media - February 24, 2017
0
In this episode, we explore the history of cracker cattle in Florida, go behind the scenes of a new film called the Great...

The Complicated History of the Fenholloway River

Rob Diaz de Villegas - November 22, 2016
0
WFSU's Kate Payne explores the state's only industrial river, and the town that depends on it. Local resident Vivian Sheffield recalls growing up on...