Suzanne Smith: I’m here with the new 76ers. Thank you all for being here today. Tell me your names and how you’re related to each other.

Suzanne Smith: Wonderful. How would you guys describe your music?

Kelly Goddard: Well, acoustic, definitely. Folky. Americana. There are some names you can put on music but, I guess that’s kind of what we would go by. We write a lot of our own music and, so, it is just kind of whatever we’re moved by really.

Suzanne Smith: What inspires you to write the music? Is it stuff that happens in real-life?

Kelly Goddard: Yeah. Lots of times could be anything, for instance the song we played Lillian was written about my grandparents and how they met. So I never got around to asking my grandmother. It actually happened, she was101 when she passed away two years ago. I don’t know why we waited so long. I just kind of imagined that is how they met in this little store. He bought her a Coke and tried to hold her hand. So that is kind of the inspiration behind that one.

Suzanne Smith: Do you all write songs for the group?

Danny Goddard: Yeah. I think we share a lot of songwriting. Kelly and I write a lot. And I write songs for Kelly singing, vice versa. Brian has been writing on our next album two of the songs at least he wrote. We always work together. All the songs. We have a skeleton for the song, we all kind of finish it out together.

Suzanne Smith: Tell me about your most recent album that you have released.

Brian Durham: Get it right.

Kelly Goddard: And it was our first CD called “Superhighway.” It was basically we got into a studio and we played live, behind mics and we played the songs and recorded them. It was just like if you were a tour show, that’s what you would hear. With our second CD, most recent, “In the Light,” we wanted to do something different. Add lots of texture and lots of different sounds to it. So we recorded, like the skeleton of the record, live, and a lot of the vocals recorded live. We went in and added over-dubbed parts with organ. Brian played some horn. Danny played pedal steel and banjo. Lots of different things.

Brian Durham: A quartet came in.

Danny Goddard: We were messing with the music and having fun painting in that format so…

Suzanne Smith: It’s definitely fun to listen to all of you. Thank you very much for being here today and sharing your music with us.

Kelly Goddard: Thanks so much for having us. Great.

Lifting Up Havana, Florida With Art 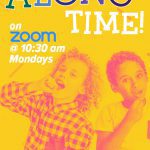 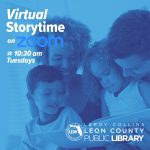