The Aucilla and Wacissa Rivers are home to archeological sites dating back as far as fourteen thousand years. Stone tools and the remains of hunted animals can offer clues as to the identities of these first Floridians. A team of four archeology students and faculty from Texas A&M University and Dr. Jessi Halligan of the University of Wisconsin LaCrosse have come to see what they can find in the rivers.

In the woods, a camper sits in the drizzling rain. Inside, Dr. Halligan heats up water on the stove. Reporter Rob Diaz de Villegas asks “What’s the hot water for? Just to make coffee?”

Dr. Halligan affirms Rob’s supposition, but adds that sometimes divers pour it into their wetsuits to warm up after a really cold dive. In a spring-fed river that flows constantly, a diver can lose a lot of body heat even in a wet suit.

Out at the dig site on the Wacissa River, Morgan Smith, PhD. Candidate at Texas A&M University emerges from the water. “Four years ago, I saw an ad for Dr. Halligan, for one of her excavations down the Aucilla River. I saw it on the local news and thought it would be really neat, so I e-mailed her and asked to volunteer on the project.”

Smith since got into graduate school at Texas A&M and works with Dr. Halligan’s old major professor, Dr. Michael Waters – who is also there on the Wacissa working on the site.

On this site, they are looking at a cultural identity known as Suwannee, which is common in Florida and in the Greater Southeast region. Suwannee is presumed to date between thirteen thousand and twelve thousand years ago, following the last ice age. As people moved into the area, they were adjusting to rapid changes in climate.

Florida’s coastline expanded and contracted many times over millions of years and as the ice ages ended, the coast retreated over 70 miles to its current location. During that time, the flora and fauna of the area began to change with many large mammal species going extinct.

Morgan Smith says “We think it dates between thirteen thousand and twelve thousand years ago, but we’re really not sure. And that’s one of the major reasons we’re here – to figure out approximately how old Suwannee is. The thing that really set us apart is that we go about this really systematically. You know, it’s not a quick process at all. It takes hours to go through a single level. We take down five centimeters at a time.”

The excavation happens very slowly. Each time the divers find an artifact, they take its exact X, Y and Z coordinates from the surface, from the datum they’ve established. Some of the artifacts are too small for the divers to see, so to find those, they have to dredge.

Dr. Halligan mans the dredge process on the boat. Water flows through a tube and empties out onto mesh frames that go from quarter inch mesh to smaller mesh like on the window screens of a house. Those mesh frames catch really tiny pieces, like the quarter of the size of your fingernail. Jessi holds up a small piece of something. “It’s just a little piece of bone that’s probably part of a turtle shell. Then we have a couple little plant materials that we’re keeping because they represent what the environment was like in the past.” She adds that when the divers come up, they’ll probably have a bunch of tiny artifacts from making tools called flakes.

A month after the dig ends, Morgan Smith brings some of his artifacts to the Florida Geological Survey. There, they are looked over by other researchers, including the discoverers of his site and the archeologist who first excavated it.

Guy “Harley” Means of the Florida Geological Survey says “My brother and I would periodically swim past this site and every time we’d go past it, something new would be laying exposed. So through a length of time and finding a various number of things, even some things that fit back together, we finally recognized that it was probably eroding out of the bank. And knowing the kinds of things that were coming out, these paleo-indian implements, we knew it was an incredibly rare and old site.”

Dr. Jim Dunbar, Chair of the Aucilla Research Institute, picks up the story. “Back in ’99 we did sort of a salvage archeology work. The site was eroding. We had to discriminate from things that had already eroded out of context versus those things that were found in place.” He’s pleased that the work continues. “He’s gone back there and everything here is from in situ, which is an archeologist’s dream to do that and be able to piece back what you can of the site.”

Looking at a piece of stone that’s obviously been made into a tool, Morgan Smith says “That point’s what we call a Suwannee base and that associates it with, we think paleo-indian and what we thought this site was. So finding it in situ – in place in this site – meant that the site is.. it belongs to the time period we believed it to be.”

“Florida’s interesting, you know. Florida does throw a wrench into things. People should be here as early as they are,” Smith continued.

That may have something to do with the sheer amount of water in our state. Research underwater in Florida continues to be popular because there are few places with such old material in such good condition. The water preserves it in a way that the acidic soil on land does not… things not found anywhere else on the continent.

Are the sites older? Or are they better preserved? The Aucilla/Wacissa basin is an archeological hotbed that may hold the answer.

Growing up nearby, Morgan Smith never imagined that his outdoor playground could hold clues to how people settled our continent. “I kayak it all the time with my friends. We’ve gone by this site a half-a-dozen times and I never really thought anything of it back then. So it’s funny to be here now,” Smith remarked.

Since this segment was shot, Morgan has started parsing information from the artifacts he found.  For a deeper look at underwater archeology on the Wacissa, visit the WFSU Ecology Blog. 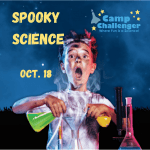