State of Recovery
One Year Later 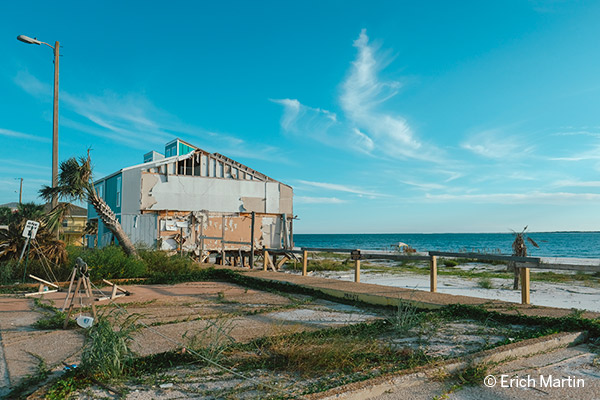 A full recovery remains elusive a year after Florida’s panhandle was hit by one of the most powerful hurricanes to ever make landfall in the United States. North Florida is among the state’s poorer regions, and the already fragile economy, coupled with fights between homeowners and insurers, is making recovery a challenge. A slowed federal response, and the lack of nationwide attention, have left many residents feeling frustrated and abandoned.

But, amid the ongoing effort to recover, determined residents have banded together to help each other. Slowly, but surely, north Florida is working hard to get back to the way it was before the storm hit. WFSU Public Media presents some of these stories.

The Bay County School District saw more than 700 students referred for behavioral issues in the first two months schools were back open after the hurricane’s destruction. Another 70 students were taken into custody under the Baker Act for emergency mental health services.

A year later, elevated numbers of students are still being referred for help. In the first two months of the current school year, at least 50 students have been institutionally committed.

In the counties impacted by Hurricane Michael about 15 percent of homes carry a mortgage. That means those homes are likely to be insured since that’s a requirement for most lenders.

In the rural Panhandle, many homes are paid off and passed down through generations. Since insurance isn’t always affordable, many families skip it. In all but three of the counties impacted by the storm, the insured rate falls well below the state average. Officials say that’s leading to a slower than normal recovery.

Hurricane Michael caused Five billion dollars in damage to Tyndall Air Force Base in Bay County. Every building on the base was impacted, half of them destroyed. Officials estimate it could take 7 years and more than 4 billion to complete the rebuild. For now, airmen are living in temporary facilities.

Officials at Naval Support Activity in Panama City expect to spend one-hundred and eighty-two million dollars to bring the base back to pre-Hurricane Michael days. For right now, it's expected to take 4 years to complete the repairs.

Despite construction still taking place, both bases are fully functional.

WFSU Public Media sheds light on the stories of an area in recovery one year after Hurricane Michael wreaked havoc on the Florida panhandle.

The perspectives are many, but interwoven by one common theme: perseverance. Recovery one year later is estimated to be about 50% complete. Our reporting explores the viewpoints from business to family and the details in between.

If you have stories of north Florida Hurricane Michael recovery that you'd like to share with us, please send an email to fpr@wfsu.org. Use the subject line "My Hurricane Michael Recovery Story." Please include your phone number so that we can contact you.