Aviation history made a visit to our fair city on a bright February day.  The Liberty Foundation had a date with Tallahassee on its tour of a B-17 Bomber and P-51 Mustang.  Both are World War Two era aircraft.  “It’s a wonderful thing that the foundation does.  It makes these airplanes available for people to enjoy and to learn,” says Stuart Goldstein.  Goldstein is a retired aviation lawyer who now enjoys spending some his time piloting the bomber for the foundation.  The Liberty Foundation is a historical group committed to preserving World War Two era aviation.  These types of planes saw action primarily in the second half of the war in the European theatre, where they were instrumental in the allied bombing campaign against Nazi Germany.  Goldstein continues, “This gives people an opportunity to see this and maybe inquire further into seeing, and to try to learn about World War Two, about these airplanes, about the airmen that flew in them and the sacrifices they made.”

Goldstein and fellow pilot Ray Fowler flew into the capital city as part of a gulf coast tour of the two historic aircraft.  Ray is commercial airline pilot by trade as well as a National Guard F-16 fighter pilot.  He can pilot either one of these two war birds and has a wealth of knowledge about the abilities of the aircraft.  Fowler gives us the rundown on the P-51. “So this is the P-51, obviously North American P-51 Mustang.  This is a red tail which is painted after the 100th Fighter Squadron which was the Tuskegee Airmen.  They would have anywhere from seventy-five gallon drop tanks up to one hundred twenty gallon drop tanks.   So, again, that’s what gave them the very long range between the drop tank, the fuselage tank, I mean they would go well over a thousand miles deep into enemy territory with the bombers.  And that’s really what their goal was, to protect the bombers all the way to the target and back.”

After looking at the Mustang fighter, we moved over to the B-17 Flying Fortress we would soon take to the sky in.  The B-17 had a crew of ten men when it flew into battle.  A pilot, co-pilot, navigator, bombardier, radio operator, tail gunner, ball turret gunner, top turret gunner and two waist gunners.  These planes flew in large groups, often hundreds of planes on a mission.  One raid on Berlin in early 1945 had over a thousand B-17’s alone, plus other bomber types and fighter planes.  The risk of death for these airmen was high.  “There were more Eighth Air Force airmen killed in World War Two than all the Marines that died in World War Two.  So that’s kind of a staggering statistic, when you think about it.  Ten crew members, one went down, ten people.  And they had, there were many raids with hundreds of airplanes and many airplanes lost so you could just imagine.  They would fly at altitudes in the high twenty thousands.  The crew members had heated suits which they could plug in and get some heat.  But there are stories that they’d perspire and then, they would just, the electrics would short out, so…thirty degrees below zero up there at that altitude so, you can imagine what they went through, and they would fly day after day after day,” says Goldstein.

Inside, the B-17 is cramped for what appears to be a fairly large plane.  There’s one small door near the tail to enter or exit the plane.  The plane is un-pressurized, open to the outside air through its waist guns and flight deck windows.  The fuselage is thin aluminum offering little protection from enemy guns.  Its wingspan is a third again more that its length.  It earned a reputation for making it back to base after sustaining appalling damage but crew casualties were very high.  More than 26,000 crew members were killed in WW2.  Ray Fowler offered this thought about the young men who flew these planes into battle, “You think about the responsibilities that these guys had on any given day, and the odds that they faced every day.  And to go out and to lose friends and to come back and to do it again, all for your country, is just unbelievable.  So that’s why it’s a passion of ours for the Liberty Foundation to keep these airplanes flying.”  The Liberty Foundation raises money through donations and plane rides.  The rides can be a little pricey, but if you want to look at the planes and tour them on the ground they will let you do that for free.  If you want to know more about tour dates, locations and flight costs look them up on the web at www.libertyfoundation.org . 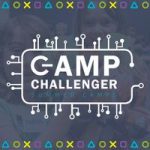 “The Veterans Story” From The Great Florida Cattle Drive

WFSU Public Media - November 11, 2016
0
“The Veteran Story” is about a group of combat-wounded veterans who took part in the Great Florida Cattle Drive 2016.

The Adventures of Annabelle Lyn | Loralinda

WFSU Public Media - October 21, 2016
0
The Adventures of Annabelle Lyn are: Holly Riley on fiddle, Elizabeth Fravel on bass, and Kathryn Belle Long on guitar. Each member is a...