October 10, 2019 marks one year since Hurricane Michael roared ashore in Mexico Beach, Florida, cutting a destructive Category 5 path across the North Florida region. In this episode we revisit some the areas hit back then and see how they are doing today.

Looking Back to the Days After the Storm

Back in February 2019, Local Routes visited Mexico Beach, Bountstown, and other communities to see how they were doing a few months after the storm.  The images were tough to comprehend.  Even though months had passed, there were still giant piles of debris on the side of the roads and trees still sat on broken homes.   People seemed to be working constantly to try to clean up and rebuild, but there never seemed to be enough time, energy, or money. There was so much that needed to be done. It was overwhelming.

“Look for the helpers.”

We decided to channel Fred Rogers.  He often said that when he was a child and saw scary things on the news his mother would tell him, “Look for the helpers. You will always find people who are helping.”  So we did. In Mexico Beach, Port St. Joe, Panama City, and Blountstown we found neighbor helping neighbor and stranger helping stranger. You can see that full episode here.

We revisited many of those people and places in this new episode, one year after Hurricane Michael made landfall. FEMA reports that as of September 30th, 2019 federal assistance for recovery in 18 affected counties is “nearly $1.9 billion, including FEMA grants, National Flood Insurance program payments, and U.S. Small Business Administration loans.”

But there is still a lot of debris, a lot of repairs, and a lot of rebuilding that still needs to be done. One year later, lives haven’t gone back to the way they were on October 9, 2018, and for many, that won’t be happening anytime soon. Neighbors are still helping neighbors, but many feel forgotten by those outside of the storm’s path.

In this episode, Robbie Gaffney explores the community of Greenwood, Florida in Jackson county. It’s a town that lost its only grocery store to a fire after the Hurricane. Mike Plummer returned to Blountstown in Calhoun county to find out how this rural community, where downed trees had cut off their power, communication, and transportation during the storm, are doing one year later. Trees are the focus of Rob Diaz de Villegas’ story about Torreya State Park. Severe tree damage there has impacted its ecosystem. Blaise Gainey explores the damage and the rebuilding at North Florida’s military bases: Tyndall AFB and the Naval Support Activity base. And we visit the town of Callaway in Bay County where efforts to restore a historic schoolhouse have begun, but they have a long way to go.

Preserving The Heart of Callaway After Hurricane Michael

The Forgotten County: How Michael Remains In Greenwood 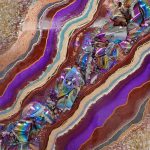 Rob Diaz de Villegas - December 17, 2020
0
The Tallahassee Museum’s 2017 red wolf pack could be getting much larger. But, like many human families, it’ll be growing from across...

Rebecca Alvis - November 25, 2016
0
We join the Success Academy in Leon County as they eat their first ever Garden to Cafeteria menu item: black eyed peas. Students...