The Journey to St. Joe 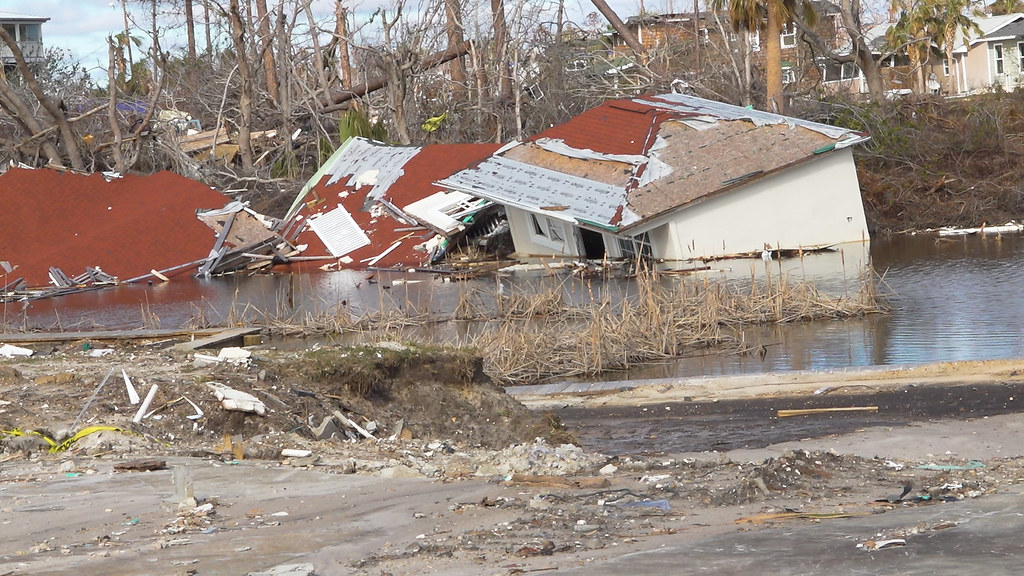 Mist blanketed the sleepy towns and tiny farms on our drive to the border of Mexico Beach & Port St. Joe, Florida. The station’s SUV had a full tank of gas and the cup holders hugged fresh brewed coffee. However, the cozy confines of our SUV would not be accompanying us for long. Icy wind howled at us the moment we stepped out onto the shores of St Joe. It was unbelievably cold! Gusts from the beach bit straight through our clothes and into our bones! The dreary weather had followed a thirty-mile an hour rainstorm that was strong enough to blow down supplies at the distribution site we were visiting. 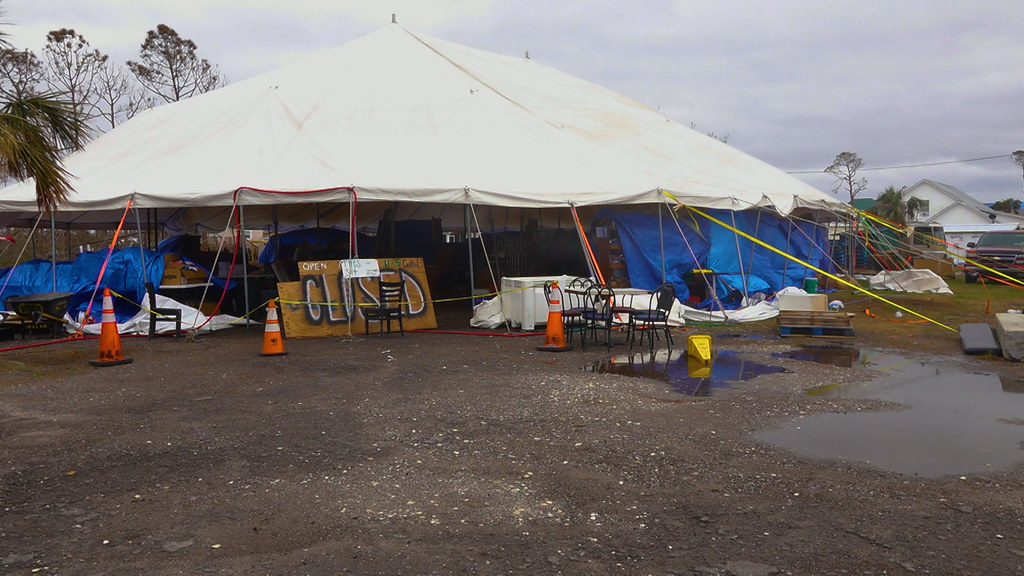 The site is dubbed by residents as “The White Tent.” It’s a giant… White tent that houses free supplies for residents to pick up. Beside the tent was our main interviewee, co-founder of Jarheadz BBQ, Brian Padgett. 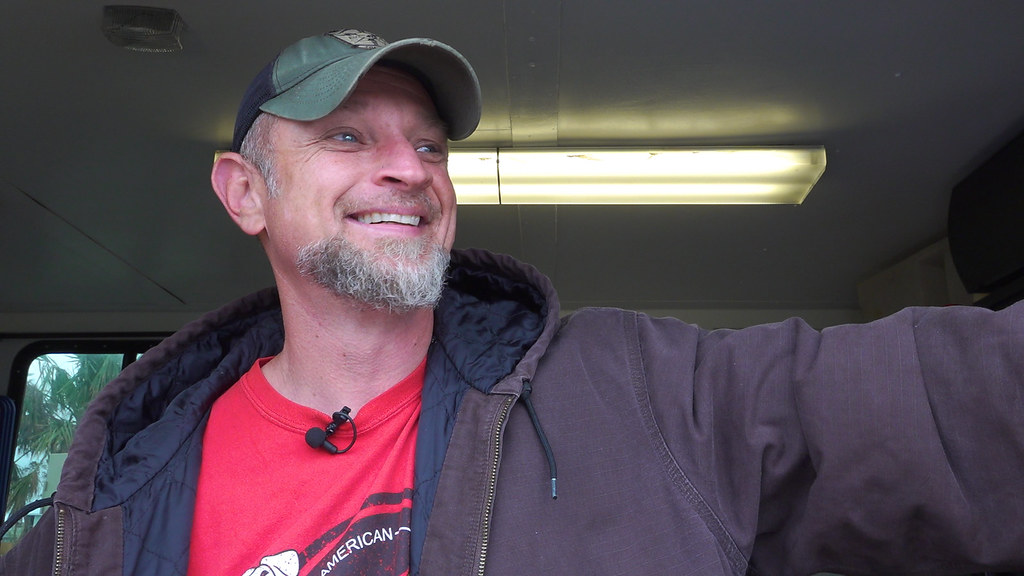 His The company partnered with the Line in The Sand Foundation to offer free hot meals five days a week at the Jarheadz BBQ food truck. 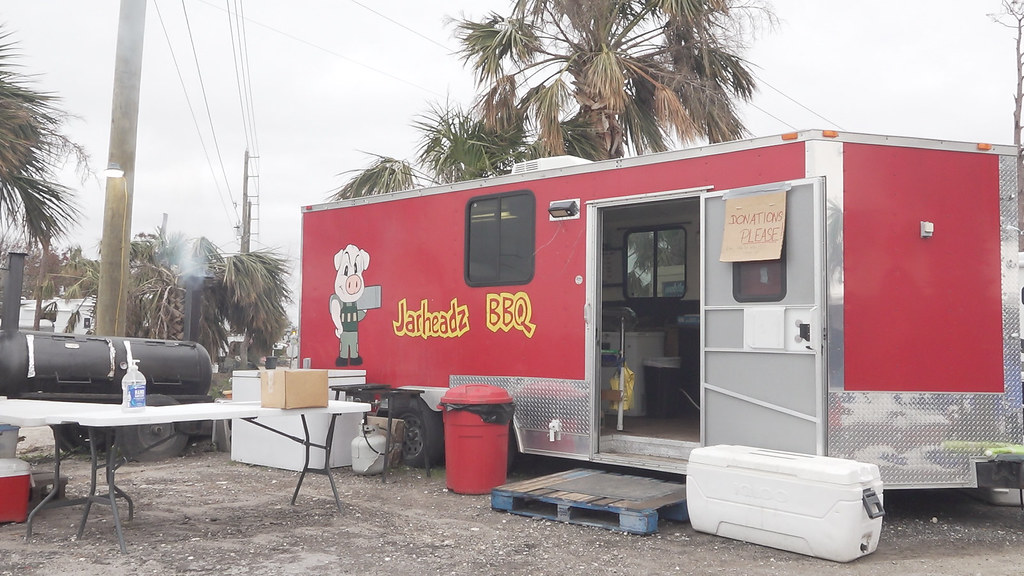 The White Tent and Jarheadz are located side by side on a piece of land where a restaurant once stood. The restaurant is now crumbled in a heap by the roadside.

The People We Met 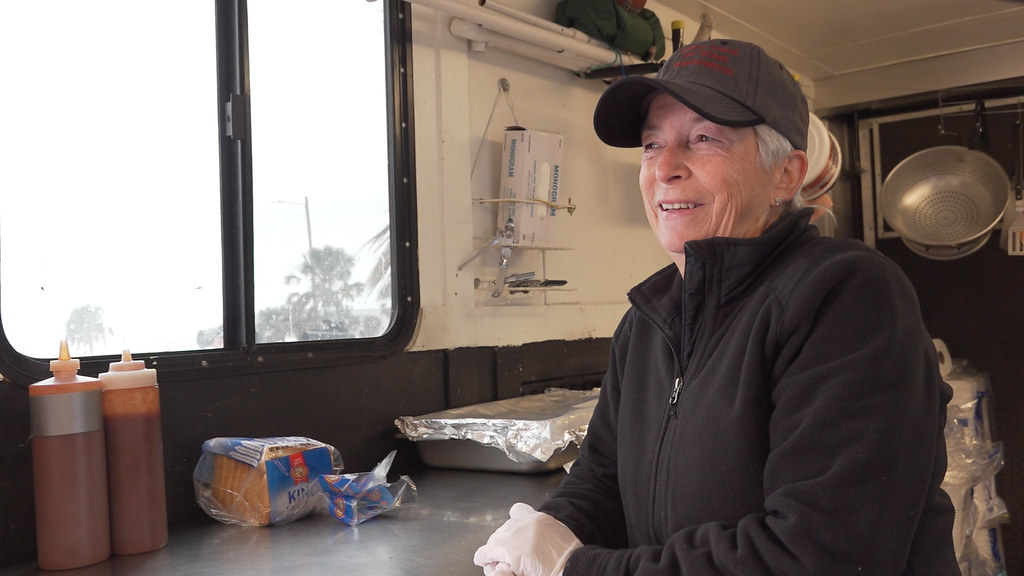 A spry woman with white hair walked out of the food truck, down the ramp, and greeted us. Her name is Saralyn Harder and she volunteers at Jarheadz BBQ five days a week. While setting up our cameras she told us that Brian was out buying fresh meat and produce. She stood there with hands in her jean pockets, hunched from the cold, and smiled at us as we shivered in the bitter weather. We would interview her later in the day. 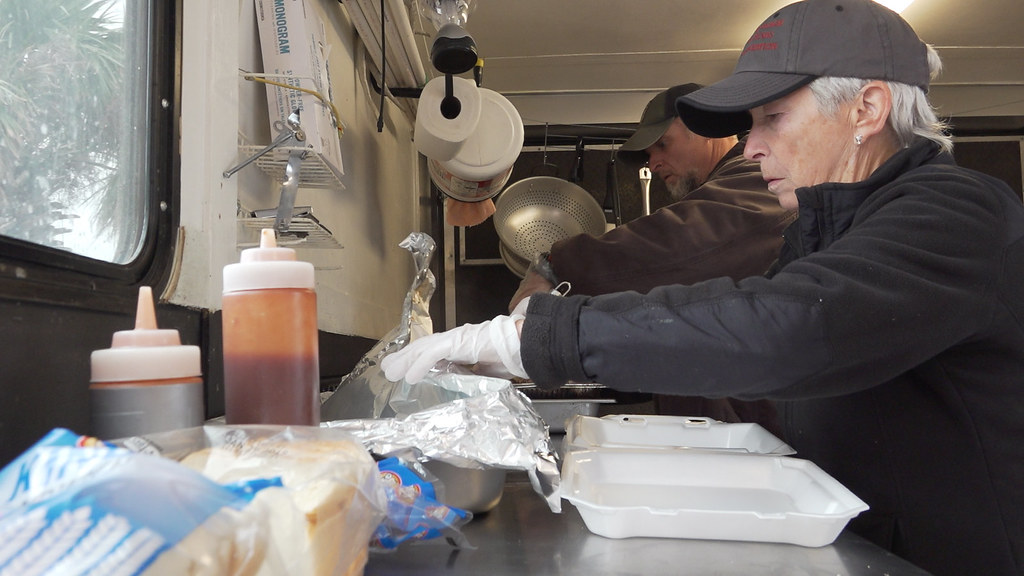 Soon, a black pick-up truck pulled up beside us. Padgett hopped out, we shook hands, and then he began unloading new supplies. One of the items that struck my curiosity was boxes of soda. According to Padgett, water is easy to find, but some can get sick of drinking water day in and day out. That’s where the soda comes in, it helps residents enjoy the small things.

We followed Padgett and Harder with our cameras, documenting their morning preparations. Harder shook cans out of soda boxes and dumped them into coolers. Next, she hammered at ice bags and mixed ingredients to create their signature ‘special’ sauce. Meanwhile, Padgett ripped open boxes of raw chicken and organized them on the smoker. He moved and twisted the pieces until they fit, much like a game of Tetris. In the truck, Padgett opened up giant cans of green beans and mixed in gelatinized pork stock. “It adds a flavor profile as well as a protein content,” he said. 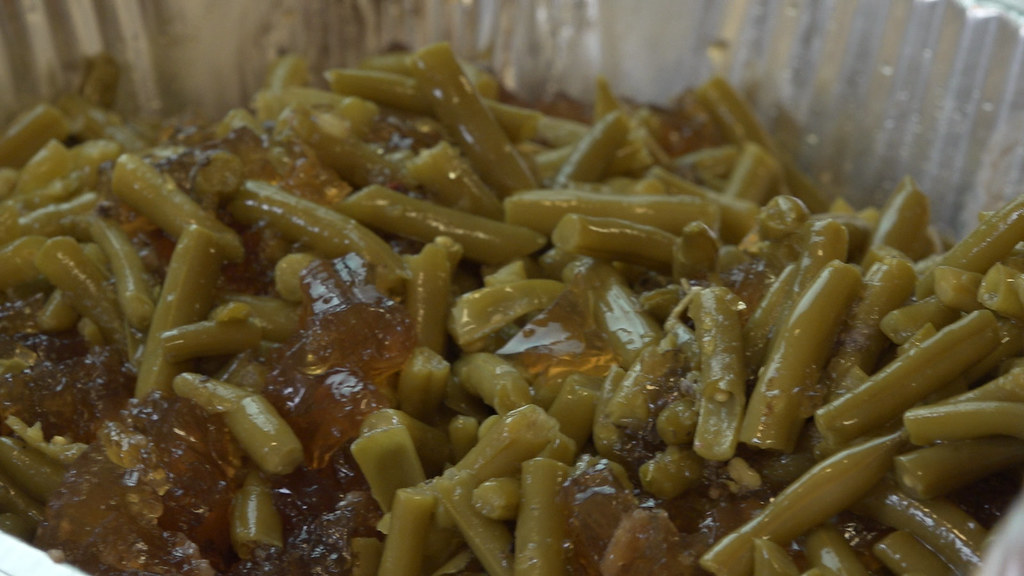 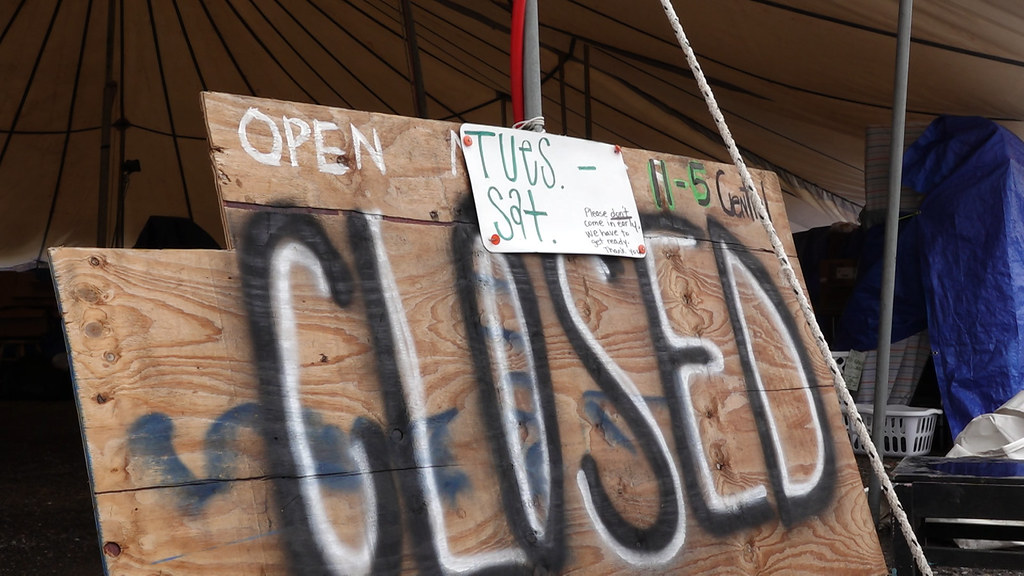 Shortly before the feature aired, it was announced on The White Tent’s Facebook page that they would be losing their tent. The organization that first loaned the tent is Freedom Tour & Church who will be driving up Saturday (Feb. 16th) to break it down. While the organizers behind The White Tent are looking for another possible location and are still accepting donations.

After conducting the majority of our interviews, we drove around the area. Debris was everywhere. At least one house was submerged in a canal and beside it we spotted an upside down semi-truck twisted on the bank. 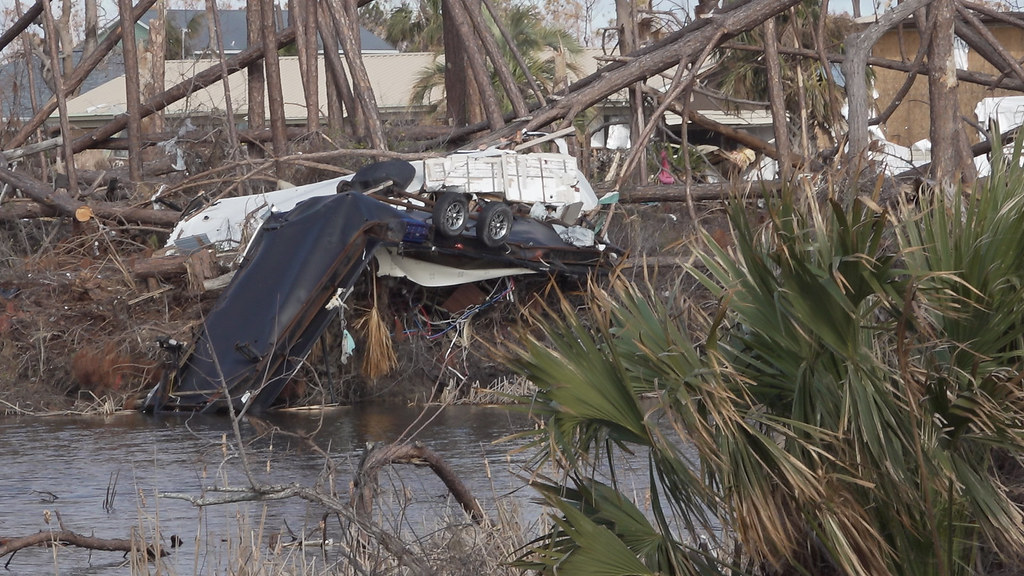 What we were seeing was the result of months long cleaning yet it still looks as if Michael rampaged through the streets yesterday. Heaps of debris are piled higher than my head along the roads. Snapped wood, broken concrete, metal pipes, all of it is in view for passersby to see. Officials say it will take several months until all the debris has been cleared. If you would like to dig deeper into this story, you can do so by reading an additional article I wrote for WFSU-FM as well as watching the feature I produced on the topic at the top of this article. 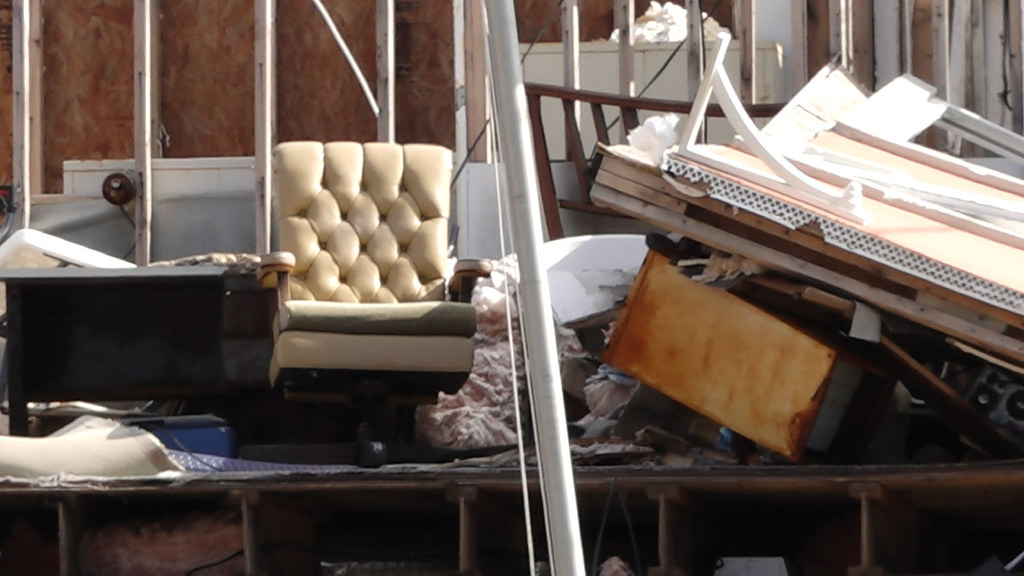 Devin Bittner - December 17, 2020
0
COVID-19 has cancelled a lot of traditions this year, but you can still see the holiday lights at Dorothy Oven Park in Tallahassee from...

Grow Gators: Life On The Farm

Mike Plummer - November 4, 2016
0
The ferocious Florida Gator, seen as a nuisance by many, he truly is a southern icon. And the bad behavior of a few...