Oliver Sacks: His Own Life

WFSU Public Media is pleased to present a series of events and video content to celebrate the life and works of Oliver Sacks, a well-respected author, neurologist, and professor.

Oliver Sacks: His Own Life explores the life and work of the legendary neurologist and storyteller, as he shares intimate details of his battles with drug addiction, homophobia, and a medical establishment that accepted his work only decades after the fact.

A month after receiving a fatal diagnosis in January 2015, Oliver Sacks sat down for a series of filmed interviews in his apartment in New York City. For eighty hours, surrounded by family, friends, and notebooks from six decades of thinking and writing about the brain, he talked about his life and work, his abiding sense of wonder at the natural world, and the place of human beings within it.

Drawing on these deeply personal reflections, as well as nearly two dozen interviews with close friends, family members, colleagues and patients, and archival material from every point in his life, this film is the story of a beloved doctor and writer who redefined our understanding of the brain and mind.

WFSU Public Media has produced several segments that ask locals in the medical profession to consider the influence of Sacks' work with their own experiences. Those segments are available below and as a part of April's (2021) episode of Local Routes [607].

Oliver Sacks: His Own Life Preview

Oliver Sacks: His Own Life explores the life and work of the legendary neurologist and storyteller, as he shares intimate details of his battles with drug addiction, homophobia, and a medical establishment that accepted his work only decades after the fact.

Pradeep Bhide, PhD, is Director of Brain Repair at the Florida State University College of Medicine. He offers his perspective on Oliver Sacks' influence on brain science, from early on in discovery to current day medicine.

Havyarimana came to the United States after living in a Tanzania refugee camp for 12 years. He speaks about the human element of medicine that motivates him in his daily work at Capital Regional. "You know that when people come to see you, they're really having a bad day. I'm that person that is there to help them through whatever is going on." He believes doctors can find connections with people from various backgrounds through interests outside of medicine.

WFSU explores Tallahassee's own interest in the connections between the brain, the body, and the human spirit. We get an inside look at the research happening at FSU College of Medicine's Center for Brain Repair, explore the mind-body connection important to a doctor at Capital Regional Medical Center, and meet a local ER Doctor who's early life in a refugee camp influenced his decision to become a physician.

Neuroscience On The Brain

WFSU’s Mike Plummer speaks with Dr. Pradeep Bhide (Director, The Center For Brain Repair, FSU College of Medicine), a neuroscientist seeking solutions to real world ailments of the brain through collaboration with clinicians. His team has had breakthroughs in ADHD medication and nongenetic hereditary phenotypes. He is also working to unravel the movement disorder Dystonia.

Capital Regional Medical Center Hospitalist Dr. Allison Moore-Kontos (DO) talks about how she got into medicine and the importance of treating the whole person, not just the physical ailments. 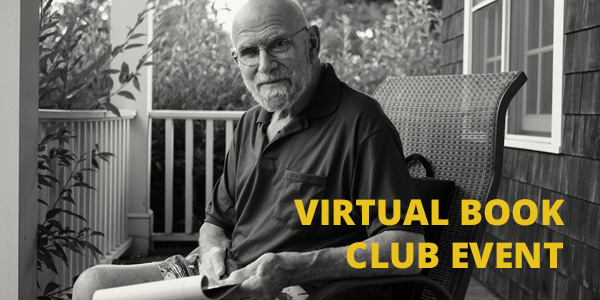 LOCAL EVENT - On on March 31. we partnered with Midtown Reader for a virtual book club event led by WFSU-FM host Tom Flanigan.

The book club focused on 'An Anthropologist on Mars' by neurologist, writer, and professor of medicine Oliver Sacks. To make sure everyone had an opportunity to read the novel, WFSU gave 90 books away for free to our audience on a first-come-first-served basis.

Michael Bakan, PhD- Professor of Ethnomusicology at FSU College of Music
Michael Bakan is Professor of Ethnomusicology and Head of the World Music Ensembles Program at Florida State University, where he directs the Sekaa Gong Hanuman Agung Balinese Gamelan and the Omnimusica intercultural ensemble. His more than seventy publications include the books Music and Autism: Speaking for Ourselves, World Music: Traditions and Transformations, and Music of Death and New Creation: Experiences in the World of Balinese Gamelan Beleganjur.

Dr. Bakan serves as series editor of the Routledge Focus on World Music Series and formerly served on the Board of Directors of the Society for Ethnomusicology and the Central Fellowships Committee of the American Council of Learned Societies. He has been an invited speaker at universities and colleges throughout the world, including Harvard, Yale, Stanford, Columbia, and Indiana universities, the universities of Chicago and Toronto, the University of Music and the Arts in Graz, Austria, and the State University of Rio de Janeiro in Brazil. Bakan’s research on music and autism has been funded by the National Endowment for the Arts and other agencies. As a percussionist, he has performed with Tito Puente, the Toronto Symphony Orchestra, John Cage, Pauline Oliveros, and George Clinton and the legendary funk band Parliament.

His latest book: Music & Autism: Speaking for Ourselves.

Allison Moore-Kontos, DO-Internist/Hospitalist at Capital Regional Medical Center
Dr. Allison Moore is an internal medicine hospitalist physician at a local Tallahassee hospital. She is a Tallahassee native and attended Chiles High School and received a B.S. degree in Exercise Science from Florida State University. She received her Doctor of Osteopathic Medicine (D.O.) and Masters of Public Health (M.P.H.) degrees from Nova Southeastern University. She currently resides in Tallahassee, FL with her husband, Brian, and two children, Isla and Henry.

Amy M. Wetherby, PhD- Distinguished Research Professor of Clinical Sciences, FSU College of Medicine
Distinguished Research Professor in the Department of Clinical Sciences and Director of the Autism Institute in the College of Medicine at Florida State University. She is a Fellow of the American Speech-Language-Hearing Association with over 35 years of clinical experience. Wetherby is also Executive Director of the FSU Center for Autism and Related Disabilities and Project Co-Director of the Interdisciplinary Doctoral Leadership Training for Autism Researchers (TRAIL) funded by the U.S. Department of Education. She has served on the National Academy of Sciences Committee for Educational Interventions for Children with Autism. 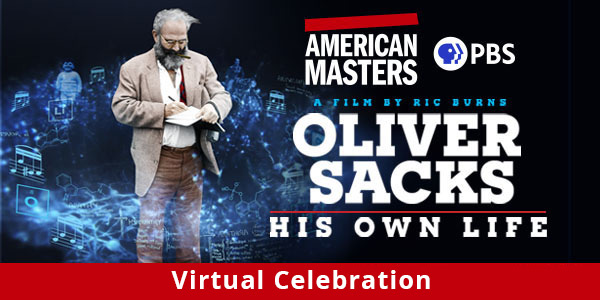 American Masters – Oliver Sacks: His Own Life Virtual Celebration
Check the Oliver Sacks website for updates on video for this event.